How to Write an International Commercial Arbitration Agreement

The extent of this power will vary depending on the jurisdiction. Thus, choosing a seat that has acceptable standards for the annulment of arbitral awards and the appointment or removal of arbitrators is ideal. It may also benefit the parties if the courts in the seat do not tend to intervene in the arbitration proceedings without sufficient cause. Moreover, the enforceability of the arbitral award is dependent on the New York Convention. Accordingly, the seat must be in a State that is a party to the said convention.

Finally, the selection of the seat operates as a choice of law provision picking the procedural law which will govern the arbitration.

For the reasons given above, the choice of the seat is probably the most critical consideration in the arbitration agreement that deserves plenty of thought.

Institutional arbitration rules address most of the essential aspects of the arbitration, including the initiation of the proceedings, the appointment of arbitrators, and the conduct of hearings. Moreover, arbitral institutions provide many useful services to make the process easier for the parties, such as constituting the arbitral tribunal, fixing the costs of the arbitration, and scrutinizing the award.

(3) Scope of the Arbitration Clause. It is also crucial that the parties define the nature of controversies that may be the subject of arbitration. Depending on the way they word this portion of the arbitration agreement, the parties may either broaden or narrow down the range of issues they may refer to the arbitral tribunal for resolution.

At the same time, the parties may also broaden the scope of arbitrable issues by stating that other issues relating to the contract may likewise be the subject of arbitration. Further expansion of the scope of the arbitration is possible by stipulating that all disputes relating to the formation, validity, interpretation, performance, or termination of the contract are also arbitrable.

More arbitrators mean more scrutiny of the case from varying perspectives and expertise, which could lead to sounder decisions. Also, each party typically gets to nominate one of the arbitrators, assuring the nominating party that at least one member of the tribunal meets its standards.

Having more than three arbitrators, however, has its disadvantages. Primarily, having more members of the arbitral tribunal will be more costly. Furthermore, it will also entail having more schedules to consider in setting up hearings, making the exercise more complicated. Thus, the choice of the number of arbitrators should generally be limited to either one or three.

The parties may also specify that the arbitrators must possess certain qualifications. Such qualifications may include expertise, experience, training, nationality, or language fluency. The drawback to this practice, however, is that it can make the selection of arbitrators more difficult and may give rise to grounds to challenge arbitrators.

Of course, as with any other contractual stipulation, the parties are free to customize their arbitration agreement further. They may include additional provisions for accelerated proceedings, multi-tiered dispute resolution, and, because of the recent coronavirus disease 2019 pandemic, virtual hearings. What is essential, however, is that the basic considerations above must appear and stated in categorical terms. 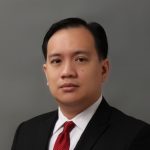 The role of lawyers in a transaction ranges not only from document drafting and reviewing but also to negotiating. In fact, from my perspective, drafting and reviewing documents are the basic skills that each and every lawyer must be well-equipped with while negotiation technique is what defines an outstanding lawyer.
By Bao Quoc Nguyen