The latest state of the art in working with contracts is to look across all your existing agreements, as well as agreements by others skilled in your field (which you can sometimes find in the Law Insider database) and identify which clauses are the best models for your future agreements amidst various scenarios.  This is known as Building a Playbook. 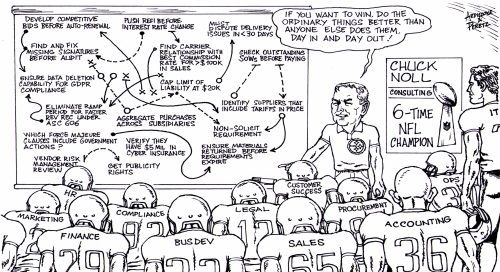 Playbooks ensure we are putting our best foot forward when generating new agreements. Of course, they need to be nuanced as well.  A “play” or strategy related to limited certain risks necessarily varies depending on the nature of the agreement and the relative bargaining power of each party.  If you are with a small company pining for a deal with a Fortune 500 company amidst many of your competitors, it might be time to throw out your playbook related to shifting certain risks to the counterparty.  To adjust for a context, a contract Playbook might need to offer a different play when you have less power in the deal.   This context of negotiating power is also important when assessing third party agreements that can serve as a model.  Clauses in an agreement between two multibillion-dollar companies might not be appropriate when there is asymmetric bargaining power.

If you work at it, eventually your Playbook will contain sufficient variations to provide guidance in high-power and low-power scenarios, and tailored for various types of agreements (e.g., Non-Disclosure Agreements, Software Licensing Agreements, Independent Contractor Agreements).  Are you fully optimized?  Far from it.

Playbooks for drafting and negotiating agreements are worth very little if your organization is not set up to timely and carefully implement each agreement.  By analogy, a team with a great Playbook will lose every game if they don’t study it and then run the plays.

In most team sports, players have specific positions and goals.  A quarterback is focused on advancing the ball, while a defensive lineman cares solely about blocking attackers.  Companies have a similar dynamic: accounting is focused on recordkeeping about money flows, while compliance is dedicated to ensuring that regulations and agreements are followed, and sales care solely about developing more clients.

A Playbook in sports contains dedicated instructions for each team member.  If one team member fails at her dedicated, differentiated task, it can bring down everyone else.  Superstar quarterback Joe Theismann lost not only the play but his entire career when his team’s defense failed to deter lineman Lawrence Taylor from a bone-breaking tackle.  Teams win when every player knows her job and carries it out well.

Companies operate in a similar manner to sports teams.  A top salesperson cannot make the company successful when the product and engineering teams fail to deliver.  Recall the introduction of WOW Chips.  Frito-Lay garnered tremendous press releasing the first fat-free version of a product loved by so many Americans: potato chips.  First-year sales hit $347 million, making it the best-selling new product in the country.  Unfortunately, this sales success was not supported by equal achievement in product development when much of the consuming public discovered that the fat substitute, olestra, triggered diarrhea, and stomach cramps.

Contracts also often require a team effort to implement because they contain commitments across multiple departments.  The IT team is expected to adhere to certain information security standards, while accounts receivable bills invoices on an assigned schedule and the operations team hits promised service levels for responsiveness.  It’s not uncommon for a contract to involve 5+ departments when it is implemented.

Of course, your Contract Playbook will contain preferred clauses that may have been pre-vetted and approved by the relevant departments.  For example, accounting may have shared their maximum and minimum acceptable timeframe for collecting monies owed and paying suppliers and that is reflected in the Playbook section related to payment terms.

However writing the Playbook, even in consultation with other departments, is not enough.  You need to turn each signed agreement into operations that are coordinated and carried out.  Signing the contract is just the beginning of the relationship.  Now you need to make sure all the commitments in the agreement are carried out.

While the attorney often negotiates the agreement, it is not her role to manage its implementation.  For this reason, it is essential to go beyond the Playbook to a methodology for assigning tasks across the company tied to the contract, as well as tracking the achievement of those tasks.  At Contract Wrangler, for example, we include a functionality where anyone in the company can be assigned a workflow related to one or more contract clauses.  The person receiving the assignment can break it down into subtasks and everyone with access to the agreement can instantly see the status of each workflow.

For companies who strive to be well-organized using existing office tools, they may want to schedule calendar alerts for colleagues tied to particular tasks and attach the underlying agreement to the appointment along with a note telling the colleague which sections of the contract to implement.

Just as Playbooks are essential for sports teams, they are a fundamental building block for consistently developing great contracts, but only if the resulting agreement is implemented carefully across all essential roles and positions, followed by accountability to the entire team for each person’s efforts. 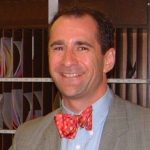 Neil Peretz
General Counsel
Would you like to contribute articles to Law Insider? Apply Here.