Sprinting through the Financial District after a full day of work, Chipotle burrito in hand, trying to catch the 5R bus to get to campus in time for my 6:30pm class. This was my life. Four nights per week, three hours per night, for four years.

Last weekend, I graduated from the University of San Francisco School of Law, virtually. What is usually a three-year academic experience became a four-year marathon for me. And to top it off, it ended with an unprecedented virtual commencement ceremony via Zoom. In my mind, this was perfect. My journey was unconventional from the start, and in that aspect, I have found comfort. If you were to ask me what I was thinking when I started full-time work and night-time school in the fall of 2016, I’d have said that the answer was simple: “graduate school is expensive, and I have a paying job.” From there, the only thing that stood in my way was hard work.

I’m not exactly sure (surprise!). There are no lawyers in my direct, nor extended, family. I’m a first-generation American, with English as my second language. I was an average student throughout grade school and attended San Diego State University, where in my final year, I actually met a lawyer for the first time. I took notice of the lawyer’s charisma, intelligence, and overall decorum. Seeing that was all the motivation I really needed to apply for a law degree myself. I took the Law School Admission Test (LSAT) twice. Both of my scores were, unsurprisingly, average. And, I was rejected from every law school that I applied to, except one.

The answer to my “why” is simply to continue learning. I saw the law as a ubiquitous field that touched the lives of many through the power and simplicity of words. I saw it as a living, breathing text written centuries ago, that still expresses relics of history, philosophy, economy, property, crimes, remedies, and general guidelines that aim to serve society “reasonably.”

When I received an acceptance email from USF in March of 2016, I was in the middle of trying to hit my sales quota, selling blueprint software to construction professionals across America out of a brick office in the Mission District. The sales gig was easily the highest paying job I had ever had, and almost immediately, I knew that I had a decision to make: either quit my new tech job and go back to school, or continue selling software and attend classes at night. I chose the latter and I do not regret it one bit.

I learned resiliency from my family. After fleeing a war-torn Afghanistan in the 1980s, and leaving everything they knew behind, my family migrated through Europe looking for a place to call “home.” After a few stops, they were lucky enough to land in California. The gratitude I hold towards my entire family, and the effort it took to arrive where we are today, makes it hard to create excuses for myself. This gratitude has evolved into a heightened standard of resilience and tolerance in the face of adversity. As a result, I’ve tried my best to consciously convert any unnecessary negative energy into a positive and thankful outlook, knowing that even when things seem bad, they could always be much worse.

During law school, adversity took its own form. In my first year, I survived a near-fatal hydroplaning accident on the freeway, totaling my Toyota Tacoma but somehow leaving me (and my parking permit) unscathed. At the end of year two, I was a part of a mass lay-off at work, forcing me to get back on the job market, network, and find a new source of income to pay for school. In the middle of year three, I fell off of a bicycle and broke my jaw in two places, losing my ability to speak and eat for ten weeks in the middle of the semester. And, as if that wasn’t enough, a global pandemic is sweeping the world while I type this article. Through each of these hurdles, I have tried to emerge with a heightened sense of positivity, knowing that I am lucky enough to even be standing and speaking today. Each instance was a unique challenge mentally, physically, and financially, all while trying to maintain composure when it came time for school. It’s true that tomorrow is never promised so treating each day as an opportunity has helped shift my perspective to be positive even during the toughest of times.

Time is a fascinating social construct. I worked a normal 9–5 job at several different start-up companies, from construction to legal to financial technology. An average day for me totaled 14 hours, from the time I arrived at work to the time I made it back home. The weekends were strictly for homework and spending quality time with my family and my girlfriend. I would spend hours every Saturday and Sunday either in the library or at a local coffee shop trying to prepare my reading assignments for the following week. I learned the concept of F.O.M.O. (fear of missing out) better than ever and got used to reluctantly telling my friends that I could not hang out, or travel, because of school work.

The price of working seven days per week meant sacrificing today’s time for my future self and the life that I am constantly in the process of constructing. The countless hours that I spent with work, school, homework, or loved ones pushed me to be in the present. Whether that meant spending one hour preparing readings for class or two hours at dinner, I knew that being in that moment was all that I had control over. This experience has magnified my concept of time and has given me an elevated sense of appreciation for every moment that I’m granted, because most things are out of our control (including getting randomly called on in class by way of the infamous law school “Socratic Method”). I learned how to react under pressure, synthesize arduous concepts, and discipline myself to focus and rest with the finite number of hours I was given each week (168).

Reflecting back, law school taught me how I learn. For one, I knew that I was not the smartest person in the classroom, but I was willing to get creative and put in the hours to improve my craft. Working as a salesperson during the day helped me reflect on the similarities between the sales profession and the legal profession. When it came time to do direct examinations and cross examinations in school, I noticed how oddly similar questioning a client in the courtroom was to a sales call with a customer on the phone. Through the practice of both crafts, I learned methodical question-asking, attentive listening, and the ability to create and apply solutions almost instantly to either a client or a customer.

I tried to listen twice as much as I spoke. I found some of my own strengths but got obsessed with identifying my weaknesses even more. As a result, I pinpointed my weaker areas, and tirelessly worked to improve them. Looking back, I did not have as much time to prepare for the evening lecture and I did not always have the right answer when called on. I compromised with myself, figured out which subjects applied to my interests and future, and navigated through the unmovable pillars of the law with the guidance of my professors and mentors.

The legal profession is built from precedent, which by definition, is the order that is traditionally observed and acknowledged by a system. Lawyers rely on precedents when making arguments, following instruction, and oftentimes this is brought into the career track as well. We are often told that there is one path to becoming a good lawyer, but I’ve learned to respectfully disagree.

My path was a bit different. I sold construction software for most of my first couple years as a law student, then moved to selling legal technology to in-house counsel, and then I led sales operations for a financial technology company built for small law firms across America. I learned what bothered lawyers and what they yearned for in their practice, which helped pave my current vision for what I want in my career.

From the beginning, I did not apply to law school to be the lawyer we see on TV. For me, I had an insatiable desire to learn and be surrounded by smart people from whom I could learn from. Thankfully, learning and the law go hand in hand. Society is constantly changing and so the law must adapt with it. Today’s (and tomorrow’s) lawyer is not a replica of the lawyer that we are used to seeing in past decades. The profession has developed with the technologically-boosted economy, thus creating entry points for law students of all personal and professional backgrounds.

When taking a step back, much of our day-to-days are trivial. We tend to worry about things that are beyond our control, and unknowingly, let those worries distort our perception of what is in front of us. Society tells us how to act, and we react in stride because there’s been no precedent to indicate otherwise. We ceaselessly push forward in hopes of “achieving the dream,” when oftentimes, it is right in front of us. If there is anything that I believe I am mastering the most, it is falling in love with the daily grind. In the words of a lifelong hero of mine:

Today, we are all anxiously awaiting the end of this quarantine. Based on what I’ve learned, my suggestion would be to stop waiting and live (indoors) right now. Free yourself of the herd mentality, adapt to chaos, and assume formlessness in whatever your craft may be. Use today, and everyday in the future (pandemic or not), to make yourself just a little bit better, love your family and friends just a little bit more, and just when you think you’ve reached your limit, keep going. You are blessed with an opportunity and that is all you need.

I did not expect for my law school career to end with the click of a button. For me, finishing my classes during the COVID-19 era has only reiterated the notion that lawyers and technology still have a lot of work to do. It has reemphasized the belief that the practice of law will never stop growing. The world needs lawyers with diverse backgrounds, now more than ever. I intend to continue to develop my legal knowledge, diversify my skill sets, and continue to be resilient in the face of adversity, regardless of what the future holds. The marathon continues. 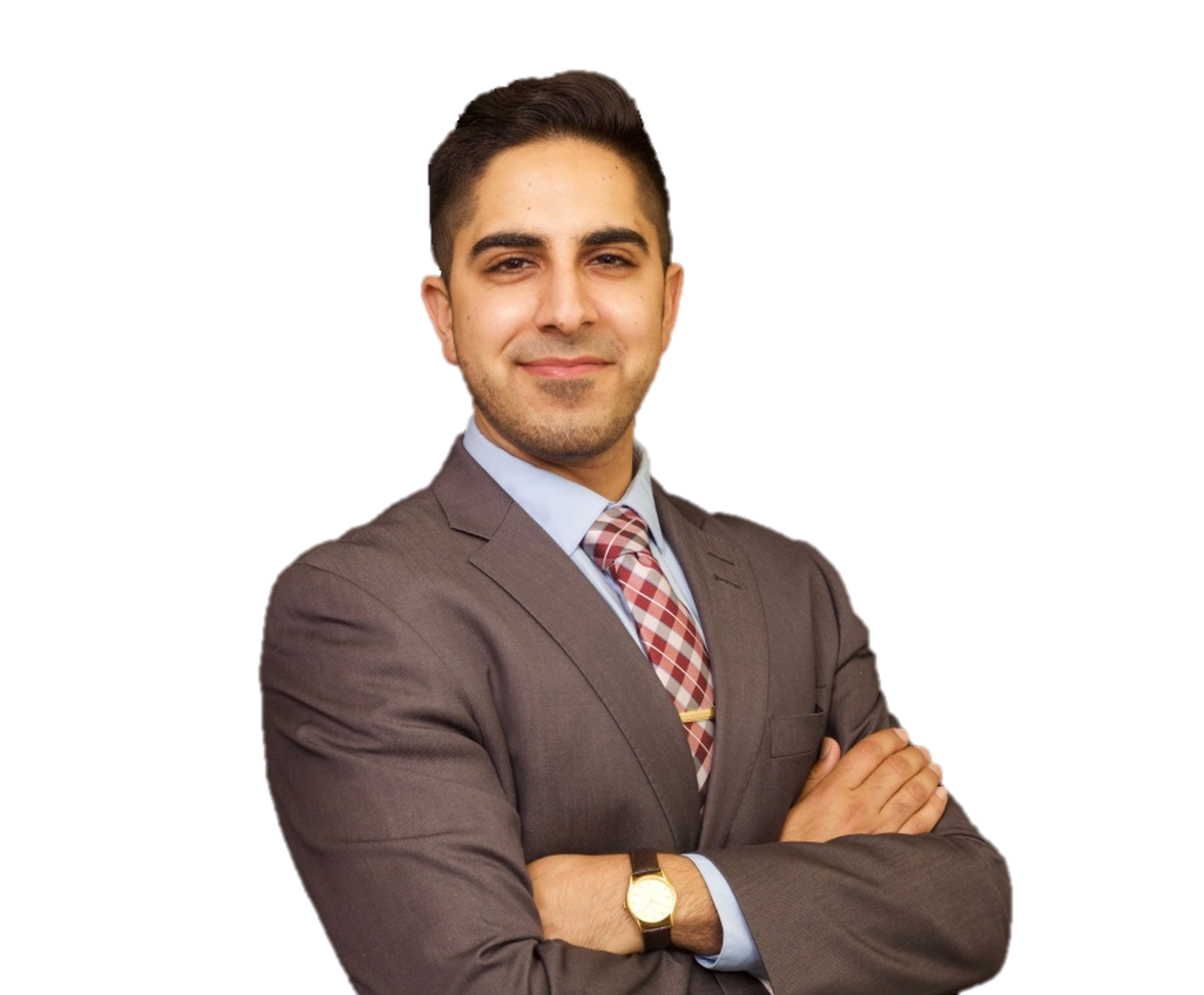 Hilal Haider
Legal Operations Analyst
Would you like to contribute articles to Law Insider? Apply Here.

To minimize the investment risks, foreign investors invested in Vietnam tend to facilitate a loan rather than immediately acquire shares in an existing company or set up a new enterprise.
By Bao Quoc Nguyen

I quickly realized two things: First, I needed to speak to some experienced general counsel to get their advice on building a legal department from scratch. Second, given the breadth of my responsibilities, I would need to streamline our legal operations so that contracting was never the bottleneck in our sales and business development efforts.
By Tomer Dorfan