Why NDA's are essential for Due Diligence

While the full extent of the COVID-19 economic fallout is unknowable at this point, it is safe to assume that we can expect wave after wave of mergers and acquisitions as cash reserves are tapped, alternative financing options dry up and corporate forecasts become less reliable than a 10-day weather forecast.

If your company is considering a M&A transaction (or is the target of one) then it is going to be important to have a concrete understanding of what the parties consider their confidential and proprietary information and what level of access the holder is ready to grant to outsiders before opening up their books.

Of course, due diligence goes well beyond M&A transactions. Are you involved in vetting potential target investments? Are you considering a joint venture with a complimentary business? Are you looking to acquire the next unicorn or are you simply trying to hire a contractor to help with unanticipated workflow?

NDAs can be as different as snowflakes because the needs and goals of each party will change over time and the way the IP will be transferred, licensed, and utilized changes depending on your intended business endeavor. But, at least initially, it does not matter if you are presenting a business idea, trying to sell your company, reviewing third-party vendors or considering R&D partnerships, the discussions surrounding an NDA should always begin with the same series of questions (see below).

Basically, think of an NDA as the initial handshake between two parties who are starting discussions about forming a mutually beneficial relationship. Just making the decision to enter into an NDA is a very important step because you do not always know what sort of relationship will materialize or evolve between parties. By understanding each party’s expectations at the beginning, you can better address changes as they come.

With the above in mind, here are some questions that I suggest you ask before entering into an NDA:

What do you hope to accomplish by providing or receiving IP from another party?

By first figuring out why you need the NDA today you are actually resolving arguments that could come up tomorrow. Someone will eventually question if their IP is being used correctly and you can only know what proper use is if you have already agreed to it in advance.

To this end, does the NDA cover a single project, or is this the beginning of a continued partnership? Are you intending for the IP to be returned by a specific date or is this an open-ended project? Is there expected to be a new invention or work product coming out of the NDA, and if so, who will own any inventions or methods that come out of this partnership?

What “Confidential Information” is at issue and who owns it?

How does the NDA define the IP? How will the parties know what is or isn’t considered IP? Will every page be stamped “privileged and confidential” or will there be a basic understanding that everything shared between the parties is confidential?

If you are the IP owner you will want strict controls and general definitions of what is IP but are you ready for the increased workflow required to maintain control over the IP at all times? If every conversation and every document is considered privileged then you will need clear tracking programs and full-time gatekeepers.

Are there licensing agreements in place relating to the IP and what, if any, protections and exclusions need to be included in the NDA?

How you ultimately define proprietary information depends on what the providing entity ‘thinks’ is their personal property (whether that it is true or not is another matter better left to the IP litigation department) and could include almost anything—e.g., financial information, trademarks, designs, IP, patents, client lists, business strategies or concepts for future projects, etc.

Regardless of how you define IP, a NDA, at its core, is simply intended to limit a receiving party’s use of the providing party’s proprietary information without the IP’s owner risking their ownership rights being transferred or limited as a result.

What are the IP owner’s expectations towards their IP being kept safe and confidential?

All good NDA’s require one party to treat IP as confidential and take steps to ensure that it stays that way. It’s the “how” that will create confusion and disagreement.

Do you expect the other party to hire a security team to track employees? Install additional firewalls? Or are you simply asking employees to keep documents at the office and not share information with people outside of the company?

Whatever requirements the IP holder decides on, just make sure these controls are contractually extended to the receiving party’s employees, contractors, and affiliated non-parties to the NDA.

What happens at the end?

Should the IP be returned? Destroyed? Some combination? Regardless of what is expected, the disclosing party is going to need some assurance that the other party will not continue using the IP after the relationship has come to a close.

What about each party’s obligations to the other after the NDA relationship ends? What if the receiving party learned certain skills or gained new insights as a result of their being in possession of the IP and now wants to use their new-found knowledge after returning the IP?

Are there reasons why the NDA needs to have continuing obligations, protections or prohibitions after the initial deal ends?

Lastly, what about “what if’s”?

NDA’s should address what happens if and when a disagreement arises—i.e., you need a dispute resolution mechanism for resolving disagreements and an understanding of what potential remedies exist. Consider the following examples:

– What if an IP holder provides a document stamped ‘privileged and confidential’ and the receiving party points out that the exact same document can be found by a simple Google search?

– What if one party provides mechanical drawings that depict the way they manufacture widgets and the receiving party can prove that they already manufacture their widgets in almost the exact same way but with a different tool?

– What if one party provides a “confidential” potential customer list but the receiving party knows that the list is just cut and pasted from an industry group’s membership list?

Again, the goal is to consider and address potential disagreements you will have in the future while both parties have cool heads before either party has assumed any additional risks associated with letting IP out of their immediate control.

Where do you go if you have a concern about how the other party is using your information? Court? Arbitration? Mediation? Will a party have to file suit to seek a restraining order if there is a misuse of IP or do the parties want to agree in advance what happens when an allegation is raised?

It can be almost impossible to determine a party’s actual damages from a breached NDA and I can guarantee you that both parties will have completely different valuations of such damages. “Liquidated Damages Clauses” allow the parties to agree to an acceptable result today in order to hopefully stop a breach of contract claim from getting filed tomorrow.

As elicited above, the NDA is just an initial handshake. Depending on how the IP is received and utilized, the project’s original goals and methods are likely to shift. If you are looking to acquire or develop a new product or service, the parties’ expectations are likely to change as you get closer to a viable product, merger or sales price.

When a new revenue stream is on the horizon, everyone will want to know which direction it’s flowing. Hopefully, at that point, your NDA will start morphing into licensing agreements, collaboration projects, partnership agreements, etc.

The NDA is an opportunity for parties to lay the groundwork for a successful and mutually beneficial relationship. Spend the time coming to an agreement now so you don’t waste time fighting later. 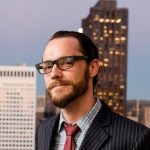 John Van Geffen
Lawyer
Would you like to contribute articles to Law Insider? Apply Here.