Whenever a transcontinental commercial opportunity or a business operation is expected to take place, one of the core challenges to face from the legal counselling standpoint relies on the need to match the parties’ legal frameworks into one single agreement. This task is usually taken to the next level when the parties’ law families differ from each other. That is, when Common Law and Civil Law frameworks are to convene.

In this regard, it is of the uppermost importance to suitably align the agreement to be fully enforceable at both ends of the relation for a wide variety of reasons, international tax planning, commercial structure, customs clearance, and commercial litigation. In particular so as to ensure that the execution of a judgement or award –if a dispute arises– may be promptly executed without risking a possible scenario where a foreign judgement or award is rendered void by the domestic court of the executed party.

Furthermore, unlike Common Law countries, which are known to leave the parties to freely negotiate their own contractual terms, statutory law, inherited by the French and Italian tradition, in Civil Law jurisdictions may substantially shape the terms and conditions set forth on the verge of intruding into the parties’ will. In consequence, it is useful to bear in mind some of the following insights when convening both legal families into an agreement.

While the cornerstone of commerce as a human endeavour relies on the freedom to contract, some relevant restrictions may apply in Civil Law countries. For instance, agreements to be executed in a Civil Law country may be restricted to the jurisdiction of the local courts even if the jurisdiction was surrogated under the agreement, such provision may be annulled on the grounds of the Principle of Territoriality.

Other important restrictions to contractual freedom are the duration of an agreement or its possibility of being automatically renewed. Additionally, the damages that an injured party may recover (E.g. some Civil Law jurisdictions restrict tort reclamations to actual damages excluding punitive, incidental and nominal damages). Equally important, limitations of liability are usually significantly modulated. Civil law countries apply a significantly narrower scope to exclude a party’s liability.

Similar to the restrictions on the parties’ contractual freedom, Civil Law countries’ legal framework is likely to have certain provisions which are part automatically part of any agreement. What’s more, a part of Civil Law countries which contractual legislation is inherited by the Italian Civil Code may have a provision which states that are automatically included in all agreements all the provisions set by law even if not expressly agreed by the parties.

Since the COVID-19 pandemic, one of the provisions of increasing interest set by law in Civil Law countries is the force majeure. Unlike Common Law jurisdictions, the very definition of force majeure events and their consequences to the parties’ obligations and effects to the agreement are automatically implied in Civil Law jurisdictions. Whilst core elements are fundamentally similar in both legal frameworks, the possibility of Common Law jurisdictions to construe the definition of force majeure in each case is substituted by a general provision automatically included and enforceable to all contracts.

Finally, but perhaps most importantly, it should be kept in mind that apparently similar words may have mismatching significances in Common Law and Civil Law jurisdictions which might endanger an operation under an agreement. In this regard, even simple terms such as “business day” and “working day” are prone to cause significant misunderstandings since a part of Civil Law countries have dispositions under which business day includes Saturdays excluding Sundays and holidays only; while working day refers only to Monday to Friday.

Consequence of the above, it is not enough to stress how important it is to transcend the barrier of language, then go beyond and straddle the barrier of technical legal language to ascertain that an agreement does not only reflect the will of the parties to the closest but it does so with the sufficient clear precision to be equally enforceable in the jurisdiction of both ends of the relation.

What to do then?

Truth is that there is no evident recipe to align an agreement when Common Law and Civil Law frameworks converge in business relation. The challenge is up to the fitness of the counsel.

Nonetheless, it is essential to call the counterpart’s attention to remain aware of the significant differences of both legal frameworks. Consequently, methodically revisit the content of a drafted agreement walking through each term and conditions. Not only reviewing its “apparently” evident effects but ensuring that the mechanics and significance of each concept are identically understood on both sides of the table.

Moreover, make paused progress on the review of the draft, requesting the counterparty for further clarifications on potential limits or automatic inclusions set by law, possible outcomes of certain terms as set forth, are practices that, sooner than later will prevent potential disputes which might have been avoided by adopting a few additional steps.

Finally, a core aspect will always be carried out negotiations in good faith (which paradoxically is also a mismatching concept in Common Law and Civil Law jurisdictions) relying on the interest of the counterparty to make a successful relationship but also making sure that the counterparty is equally informed and assisted. 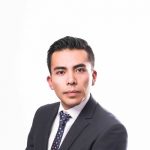 Fernando Landa Alejandro
Associate
Would you like to contribute articles to Law Insider? Apply Here.