When negotiating contracts, the parties involved are expected to relentlessly advocate for their own self-interest. It is expected that each commercial entity pursues what is best for their situation. However, in 2014, the Supreme Court of Canada (SCC) concluded in Bhasin v Hrynew, that every so often, there exists a limited implied duty of good faith when performing contractual obligations. Five years later, the SCC is due to deliver its decision on two new cases on good faith in contract as a result of application of Bhasin.

The facts of the case were simple. The appellant Bhasin, sold investment products for Can-am. The relationship was largely governed by a dealership agreement which automatically renewed for successive three-year terms unless either party gave notice of termination six (6) months prior to the expiry of current term. Hrynew, another Can-Am dealer was a major competitor of Bhasin and to access Bhasin’s niche market has proposed a merger which was rejected by Bhasin. However, Hrynew pressured Can-Am to force the merger. Subsequently, Can-Am created a corporate restructuring under which Bhasin’s agency had to merged with Hrynew’s agency. In the meanwhile, Alberta’s Securities Commission required Can-Am to appoint an officer to review and audit dealers ‘compliance with securities law. Can-Am appointed Hrynew Bhasin complained of an existence of a conflict of interest that was dismissed by Can-AM stating Hrynew is bound to duties of confidentiality, a statement which was not true. Bhasin refused to allow Hrynew to audit his records. As a result, Can-Am gave a non-renewal notice to Bhasin. Bhasin then commenced litigation.

The Supreme Court concluded that Can-Am acted dishonestly toward Bhasin in exercising the non-renewal provision, because it misled Bhasin about its proposed corporate reorganization in addition to Hrynew’s role as an auditor. The dishonesty of Can-Am breached its duty to perform in good faith under dealer agreement. In its detailed analysis, the SCC made it clear that the principle of good faith does not constitute a “free standing rule” and it is only manifested under other enforceable doctrines where the law already requires honest, candid, forthright, or reasonable contractual performance so as to avoid creating commercial uncertainty.

In CM Callow (“Callow”), the Ontario Court of Appeal made it clear that the duty of good faith applied to matters directly linked to the performance of the contract; it did not limit parties’ freedom concerning future contracts not yet in effect.  The defendant (“Condo Corporation”) entered two separate two-year maintenance contracts with the plaintiff Callow. One contract covered summer maintenance and the other winter maintenance. The winter contract contained a provision allowing for early termination by the defendant on 10 days’ notice. The defendant decided in early 2013 to terminate the winter contract but did not give notice of termination until September of that year. Callow then sued for breach of contract which centred on the delay of defendant in informing Callow of the decision to terminate. The Court explained that the duty of good faith supported in Bhasin did not require parties to unilaterally disclose information relevant to termination.

On December 6th, 2019 Callow, in its appeal to the SCC, argued that by actively concealing its intentions to terminate the winter agreement, the Condo Corporation breached the duty of honest performance. Now, the question put to SCC is whether an “active non-disclosure” constitutes a breach of the duty of honest performance, the duty not to abuse discretionary powers or a new duty under the organizing principle of good faith. The SCC is yet to publish its decision on the matter.

In Wastech, the primary question was whether a contractual duty of good faith applies to restrict a party’s exercise of discretion in the absence of contractual terms. The parties entered a 20-year contract for the disposal of waste from Vancouver Regional District. The defendant (Metro) had the discretionary power under contract to reallocate some of the waste to a different facility. In doing so Wastech argued that Metro has effectively reduced its own costs without proper regard to Wastech’s interests, increasing Wastech’s operational costs. The BCCA concluded that Bhasin did not provide authority for contracts to be adjusted to accommodate for benefits of both parties. The BCCA observed that “dishonesty” in the context of bad faith entails some subjective element of improper motive such as malice or untruthfulness rather than merely the failure to reach an objective standard.

These cases raise important questions for the SCC on the scope of good faith in contracts post Bhasin. Callow challenges the extent of the duty of honest performance to include active disclosure of party’s intention. Wastech provides SCC with an opportunity to look at the organizing principle of good faith in relation to the exercise of contractual discretions.

It remains to be determined whether the SCC will extend the duty to perform in good faith to include a duty not to abuse your discretionary powers under the contract. If so, it will be interesting to see how the courts will rely on the SCC’s decision in light of the global pandemic.

Duty of Good Faith and Covid-19

Will the lower courts presently take advantage of the opening currently left by SCC in ordering accommodations or reasonable concessions in favour of affected parties as part of a duty to perform contracts in good faith, or maybe perhaps, in extraordinary cases, order the renegotiation of certain elements of the contract, in good faith.

In the face of a global pandemic that has changed the shape of business around the world, many corporations are struggling to deal with significant interruption to their business operations. It is now more than evident that businesses must evaluate their current approach to negotiating contacts and review their contractual obligations to foresee and mitigate contract performance issues.

This much is clear: if a party behaves in an inflexible and unreasonable manner despite the misfortunes of the other party it could breach its duty of good faith. When drafting or amending agreements in the future, negotiations should focus on a discourse between the parties that narrows down each party’s expectations in these types of situations, including any conditional terms that the parties agree may apply before performance can be excused. Parties could certainly take advantage of express provisions of the requirement of full disclosure in negotiations which will, in turn, clarify the legal rights and obligations of each party and help avoid the commercial issues that many businesses are likely to face in the event of unexpected circumstances or extraordinary events.

Similarly, parties must pay attention to the allocation of risk and responsibilities under the contract and think about including contractual protections which expressly allot risk. For instance, corporations should ensure that they have multiple suppliers from different geographical regions as part of their contingency plan. As part of negotiations, the types and availability of alternative means to perform obligations under the contract should be carefully discussed, evaluated, and inserted into the contract from the outset; some may even practice this strategy when drafting Letters of Intents or Agreement to Lease.  Simply put, parties need to ensure to identify and prepare for a contingency plan to help avoid material breaches from the beginning of the negotiation process.

For those who, in light of Covid-19, have experienced fundamental alteration of the contractual equilibrium, remember that current times call for cooperation, not inflexibility. It is prudent that parties ensure to act with honesty and transparency in dealings with their contracting party and remember that depending on the SCC’s decision in Callow and Wastech, businesses may be subject to examination of not only their conducts but also their intentions in an event the relationship under contract is spoiled.  The parties should bear in mind their overriding duty to perform contracts in good faith.

It will be interesting to see what future results SCC’s decision will bring about for the performance of contractual duties. 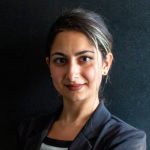 Ghazal Hamedani
Associate Corporate Counsel
Would you like to contribute articles to Law Insider? Apply Here.