Most of us work as part of a team. Even those of us that do not often need to seek out the help of others. How do we do this effectively? You need to collaborate. So, just what are the skills needed to achieve effective collaboration? Let’s explore them.

I once was working with a couple of sales team members on a complex deal, one was highly experienced and knowledgeable about what the deal was intended to achieve while the other was not and was from a different country. I had worked with both before, but never together. I summarized for both of them what I had taken away from our first meeting together what I believed were the key parts of the deal. I conveyed this summary over the phone. They each then provided feedback, which I took notes on, and then paraphrased what I had taken notes on. This continued on for a few minutes. By the end of the call, everyone was on the same page about what were the next steps.

In the above example, there are two parts of communication that I illustrate: talking and listening. When working with others on a project you all need to be communicating effectively with one another. There are plenty of tools that we now are relying upon to communicate – Zoom, Microsoft Teams, Skype, etc. The real question though is whether we are being effective in our communications. I want to draw your attention to two key actions that I did in the above example:

One of the reasons I work so well with my sales team is because they know that they can rely on me when they are facing a tight deadline or want to make a sale near the end of the month. When I first began working as a lawyer, I quickly learned that if I were to be a business partner, I needed to provide time-sensitive support to those who turned to me for assistance. I needed to be responsive to their requests and set expectations of when I would be providing a response to a question. That way they would trust me and know they could rely on me when they most needed my help.

Similarly, when collaborating, it is vital to do the same to establish trust. Lawyers like to go it alone and, frankly, we have been trained to do so because we have been taught that we are different and taught special skills to use and the special rules we have to abide by. When working with others, however, you need to develop trust with those you are working with so that you can rely on each other’s knowledge and expertise.

I once worked for a company where I co-managed a team comprised of global team members. Some of these team members were less experienced than others and needed some training around some changes in processes that I was tasked with implementing. This took time to do because of cultural differences and language barriers. For one team member, in particular, I needed to be especially patient as they kept making mistakes even after repeatedly providing training. I then realized I needed to train this person differently from the others. This change in approach immediately paid off and this member became one of the most valued members of the team.

As lawyers, we have been all, presumably, taught to think in similar ways and believe our way of thinking is the only way to think about certain things. Yet, when working with others, the “lawyer way” is not the only way and often may not be the best way to move forward. We need to recognize this and be open to new ways of thinking and allow others to lead in areas where their expertise, skills, or own processes are best suited for the task at hand. We need to accommodate those with whom we are working with. We all do not share the same personality or work in the same way. When collaborating, we need to be flexible with those we are collaborating with. We need to recognize that we may make mistakes, that we may misunderstand an instruction, or simply need to do something in a way that works for us. As different human beings, it is vital to be able to give one another the flexibility to work in the way that we work best while still all working towards the same goal.

We all face times when we simply are challenged, whether it be emotionally, physically, psychologically or some other way. For me, there have been days when I have been particularly emotional due to high stress. I had a boss once who while one of the toughest people I know also had a high degree of highest emotional intelligence and was always there to support their team including me. During one of my high-stress days, this person took me aside in their office and we talked for twenty minutes about stress and what they could do to help me. It was refreshing and impactful. We remain in contact to this day.

Sometimes referred to as EQ, emotional intelligence is at its most basic level, treating fellow humans as humans. Human beings are emotional creatures. We also are not static creatures. We sometimes let our emotions dictate how we act. We may fervently believe in one way of doing something and the next day rethink and propose a new way of doing that same thing. When we are collaborating with others, it is important to recognize that those we work with will sometimes be stressed out, will not have a lot of time for you, or will otherwise be preoccupied. It’s up to you to recognize these times and tailor your asks of others accordingly.

These skills are somewhat easy to learn the basics of and yet are hard to get right consistently. They are also the types of skills that are ones needing constant attention and refinement. Not every collaborative situation will entail taking the same approach. It falls to each of us, especially during these times, to do our best to take up the mantle to be collaborative as those who are will likely stand to benefit more than those who do not. 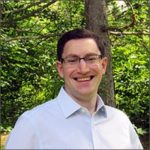 Colin Levy
Attorney
Would you like to contribute articles to Law Insider? Apply Here.