In Egypt: In view of Corona, the difference between force majeure and emergency circumstance, concerning the contractual obligations

Force Majeure and emergency circumstances are united in meaning in terms of unpredictability, inability to avoid and impact, and are different with regards to the public order, either impossibility of implementation or fatigue in implementation.

The Egyptian Court of Cassation has defined the Force Majeure, pursuant to Article 165 of the Egyptian Civil Law which stipulates that if an external circumstance occurs as a Force Majeure or otherwise, compensation is not required from the debtor unless otherwise agreed, that “Force Majeure within the meaning mentioned in Article 165 of the Civil law is a war, an earthquake or a fire(blaze), as well as it may be an enforceable governmental order, provided that it meets the impossibility of expectation and the impossibility of being averted, and the debtor’s commitment to contractual liability is terminated thereby”, as is also the case with articles “373”, “215” and “159” of the law itself; all these Articles clarify the meaning of the impossibility of implementation and that all of them lead to the annulment of the previous binding contract to both sides, with the condition that this event occurs after concluding the contract and not before it or at the time of its conclusion, as it shall be void then.

Pursuant to the foregoing, we find that Force Majeure is summarized in the impossibility of implementing the commitment and contracts that include long-term contracts, such as lease contracts and fixed-term labor contracts, thus so far the pandemic disease “Corona” is not considered as one of the Force Majeures, I said so far because of a governmental order that is enforceable against it may happen, such as preventing the import of a product coming from a specific country, or considering this pandemic a Force Majeure.

Therefore, this pandemic is an emergency circumstance, which causes the debtor to be exhausted from carrying out its obligation.

The emergency circumstances, according to the Article 147 of the aforementioned law, “Pacta sunt servanda, Revoking or amending thereof is not permissible except with the agreement of the parties or for the reasons determined by the law. However, if there were public exceptional incidents that could not be expected and their occurrence resulted in the implementation of the contractual commitment, if it did not become impossible, it became exhausting for the debtor, the judge may, relying on the circumstances and after considering the interests of both parties, decrease such obligation to a reasonable extent, and any agreement to the contrary shall be null and void.

To apply the theory of emergency incidents – in the new civil codification – the availability of:

2- Such exceptional General accidents are not expected and not avoidable; and

3- Such accidents make the implementation of the obligation exhausting and not impossible (Certainly, as we understand that the criterion of the debtor’s exhaustion’s scale is flexible, it changes by the circumstances, it is possible that it is exhausting for a debtor and not for others and what is for the same debtor in certain circumstances differs in other circumstances); for this reason, the legislator has left the judge the discretion in decreasing such commitment to a reasonable extent as he sees fit.

Wherefore, it is worth noting that if the debtor suffers exhaustion to the extent that makes it impossible to implement its commitment, even if it is related to the “Corona Pandemic”, the Force Majeure theory applies, which the judge can decide to cancel the commitment of such debtor because of the impossibility of execution and to terminate the contract”.

According to Article 104 of the Egyptian Labor Law, if the contract is a fixed-term employment contract, it does not expire until the end of its term; Then it is obligated to pay the rest of the value of this contract until the end of it if the employer decided to terminate such contract at its sole decision.

The conditions for dismissing the worker are mentioned in Article 69 of the said law; If the Employer has terminated the contract without the conditions and procedures for the termination being fulfilled as stipulated in the Labor Law, such Employer shall compensate the Employee for this termination with at least two months for each year of the work thereof, except in relation to the impossibility of carrying out the work for an external reason, the provisions mentioned above in the Civil Law shall apply.

As long as the Employee is able to work as it is duly to be conducted under these circumstances, the Employer is not entitled to terminate the contract as this will be considered a breach of its obligation, particularly since the government has not issued a decision related to the private sector or extending the curfew to include working hours. Accordingly, the work has not stopped In the private sector.

As for the contract is an indefinite-term employment contract, Article 110 of the Labor Law stipulates that each party to the contract may terminate it provided that a notice shall be given in writing and whatever the case may be, the employer is not entitled to terminate the contract at its sole discretion except within the limits stipulated in Article 69 above or the proof of the inefficiency of the Employee as stipulated in the approved regulations in the company. In addition, taking into account the time of termination to be suitable for working conditions.

Hence, in order to avoid legal violations, Employers may give Employees vacations to be deducted from the balance of their vacations, according to the law, instead of decreasing the wage or terminating contracts thereof in order to reduce the burden on the Employers or may reduce the Employees ‘salary up to a limit of half subject to the consensual and written agreement among them, if the employee was unable to perform his job and contractual duties only. 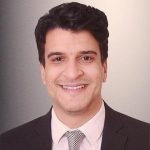 Adnan Raafar Gad
Counsel
Would you like to contribute articles to Law Insider? Apply Here.